Looking for the perfect off-the-beaten-path adventure? Then this is for you: Timor-Leste, or East Timor, as the country in Southeast Asia is also referred as/called. However, as there are hardly any tourists, travel information is rather sparse. After a day of online research before my trip, it seemed that all I had found out is that sometimes you see saltwater crocodiles. But this did not discourage me from going. After having spent a week in this unusual country (if you want to read about that, this is our article), let me tell you: there is so much more.

So here you go: A list of questions I asked myself before and during my trip. Why? Number 1, because I did find out some pretty useful things and number 2,  I don’t want you to waste your time reading about saltwater crocodiles.

So why on earth should I go to Timor-Leste?

When is a good time to visit?

Timor-Leste has two main seasons: The rain season from December to April and the dry season from May to November. As the rain causes landslides and can make roads impassable, I advise you to travel in the dry season. All year round you can expect a tropical climate with temperatures between 26 to 32 degrees Celsius and high humidity.

Do I need a visa?

It is fairly easy to obtain a visa as a tourist in Timor-Leste.

All other nations: visa on arrival, which can be obtained at Dili Airport or Dili Sea Port. For 30USD a single entry visa is granted for 30 days or for USD20 a 3 day visa. The visa fee has to be paid in cash upon arrival. Make sure to bring the cash with you, as there is no ATM inside the airport.

How do I get to Timor-Leste?

The best way to get to Timor-Leste is via plane. You can fly into Dili, the capital, from Darwin, Singapore or Bali, which is the cheapest way.

You could also enter via land from the Indonesian border. However, keep in mind, that a visa on arrival is not available at the land border with Indonesia except for Indonesian nationals. You would have to apply for a Visa Application Authorization in advance.

What can I see?

If you want a detailed itinerary of my week in Timor-Leste, this article is for you. Here is just a brief overview of the main things to do:

How do I get around?

By bus: Buses run in most parts of the country between the main cities. To go to the west, for example Liquica or Bobonaro, head to Tasi Tolu bus terminal. The east is served by Becora bus terminal, heading to Baucau or Los Palos. To go south, Taibessi bus terminal will serve Ermera and Maubisse. Fares range from US$3 – US$10,  depending on distance, but you could calculate an average of US$2 for an hour.

By mikrolet: A fun and cheap way to get around Dili is a mikrolet. For a mere 25c you can get a ride in these small vans. Mikrolets follow specific routes and are numbered. If you want to get off, simply let the driver know and pay as you step out. And prepare for a fun ride, as loud music comes free of charge.

By taxi: Two types of taxis operate in Dili: Yellow ones without a meter, where you should always negotiate before hopping on fares for a short ride should be around $1-3. The other type of taxis are blue, which are harder to find, but charge by meter and are thus safer.

By car: It is possible to hire a Saloon or 4WD for $85-$120 a day in Dili. However, be aware that the road conditions are very bad and tricky. Always ask locals how much time you should allocate for certain distances and if roads are passable. It might look like a short ride on Google maps, but you might have hours on the road ahead for you. Make sure to carry a valid license.

By scooter/motorcycle: If you are up for adventurous driving, then renting a scooter is also great way to see the country. Be aware though, that road conditions can be very bad. Scooter was what we opted for in the end and it gave us a lot of freedom. In Dili a scooter can be rented for 25 USD a day at the Central Backpackers Hostel, for example.

What are people like? What is the country’s history?

A Portuguese colony since the 16th century, East Timor declared independence in 1975, only to be occupied by Indonesia nine days later. Over the next two decades, between 100.000 to 250.000 people unfortunately lost their lives in an attempt of Indonesia to “integrate” the colony. Only in 2002, after more turbulences the Democratic Republic of Timor-Leste was recognized as an independent state. It is thus Asia’s youngest nation. What you see today is a result of this complicated, yet fascinating history: A Christian nation surrounded by Muslim Islands with hints of Portuguese and Indonesian influences.

What language do they speak?

Thanks to its history, as outlined above, Timor-Leste is a country rich in languages. People mostly speak Tetun, the local language, as well as a little bit of Portuguese and Bahasa Indonesian. In Dili, English will get you around, but outside of the capital, English is not widely spoken. So it might be useful to download the offline versions for Portuguese and Indonesian of Google Translate. In general, I had the impression that people were always very happy to see travellers and help. Even when we did not have any words in common, we still managed to get around and communicate.

How about safety? Is it safe for women travellers?

The official opinion: Many embassies advise against travelling to Timor-Leste, as there were a couple of unrests after the civil war ended in the 2000s. Tourists are advised to be very careful and stay away from demonstrations, as they have been the target of violence.

My personal opinion: I would say: yes, Timor-Leste is safe for travellers. Of course, we kept in mind that it is a developing country, so we adhered to some standard precautions and common sense, such as not wandering around alone at night. As for female traveling, I went there with my mum and as two 5’4’’ European females we did not encounter any problems. We even travelled by ourselves on scooters into the countryside for two days without a tour guide.

Do be precautious about health: Some mosquito-borne illnesses like malarial, zika or dengue occur in Timor-Leste. So try to wear long-sleeved clothes and bring effective mosquito repellent. We personally did not do this, but some sites also recommend taking maralia prophylaxis.

Definitely also check the fine print for your travel insurance, as some companies will not cover travels to Timor-Leste.

What about money? How much should I budget?

The official currency in Timor-Leste is US Dollars. I would advise you to bring sufficient cash or check hat you can withdraw money from your card, as you have to pay in cash most of the time. ATMs and banks can be found in Dili. If you venture out of the capital, make sure to bring sufficient small notes, as large ones are often hard to change.

Regarding prices, Timor-Leste definitely is on the higher side of Southeast Asia for travelers, due to its dollarised and foreign aid supported economy.

Anything else I should know?

If you have an important Skype interview coming up, don’t do it in Timor-Leste. Bigger hotels do have WIFI, but the connection is often stopped or very slow.

SIM cards are readily available and can be found in Dili. Connectivity is usually good.

I know this is the information you are dying to get: I did not see any saltwater crocodiles. I am not sure if I am happy or sad about this fact.

If you happen to go there do let us know what you learned. Can’t wait to hear about your impressions!

Hey! My name is Fran, follow me on Instagram to check out what I am up to 😉 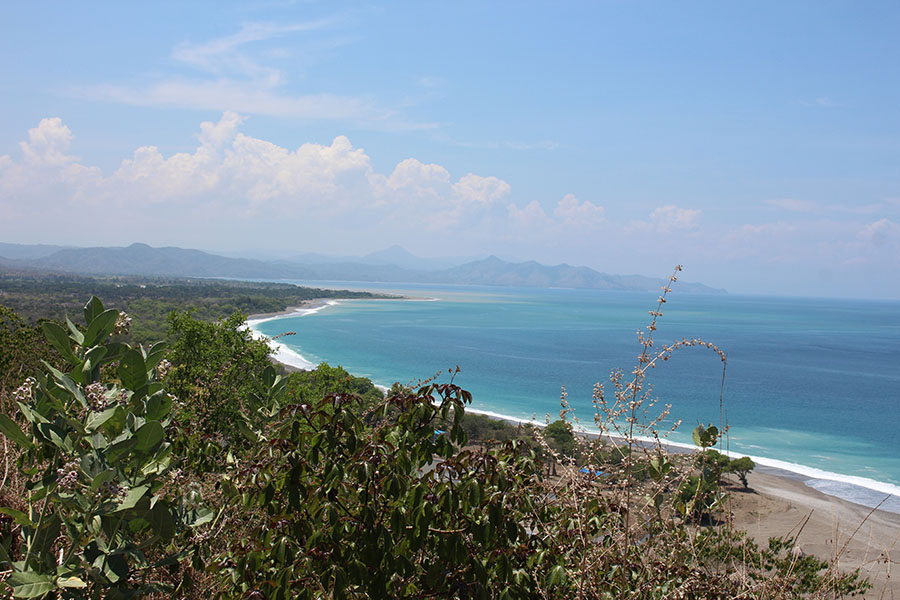 Timor-Leste: the Best of Southeast Asia, just without Tourists 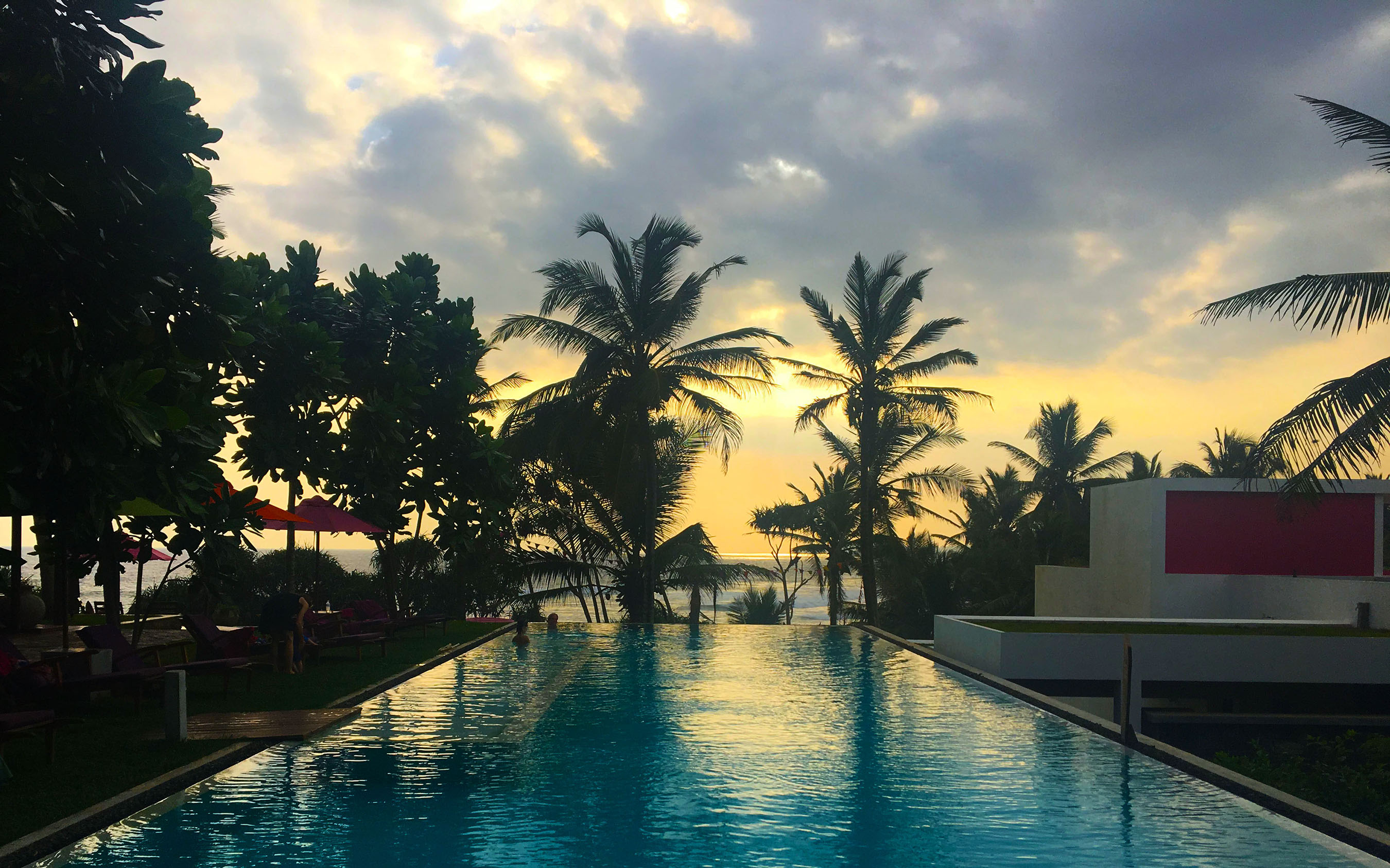 Find Yourself at Underneath The Mango Tree, Sri Lanka

Desert Trip through the salty lowlands of Iran