During my Beats for Love festival visit (July 4-8, 2018), I had the chance to do a Youngr interview, a hugely talented artist hailing from the UK, who won this year’s EBBA award. Dario Darnell (that’s his real name) has honed his musicianship from childhood onwards and now lets the audience partake in his sensational live shows, in which he plays all the instruments himself with an impressive mastery. He is a DJ and a one-man-band at the same time, his music is full of good and danceable vibes and the warm timbre of his voice hooks you from the first note on. So much for the introduction. (As you can see – I’m a fangirl!)

After his show on Saturday night I went backstage and waited for him. He greeted me with a hug and told me that I smelled lovely (I figured we had a good start!). Then we went into his container to escape the bass drum blasting from the main stage and sat down to chat. He was super easy to talk to, very relaxed, open-minded and down-to-earth. Here is an extract of our convo:

What do you think about the location here?

Dope! There’s pipes and industrials and all that’s telling me is that it was a coal mine… It’s cool!

How important are the locations for you generally? Do you pay a lot of attention to the location when you play?

No, I pay attention to the people, coz they make the place what it is. Last night I was in the countryside in England, in a place called Gloucester. I played in a barn and it would have been 150, 200 people and I was up 2 meters high on the roof where they kept the hay. And I was playing the drums, looking down on everyone in a fucking barn for horses. It was magical! But again, it didn’t matter about the location – the people there were smiling and dancing and it was a great time. 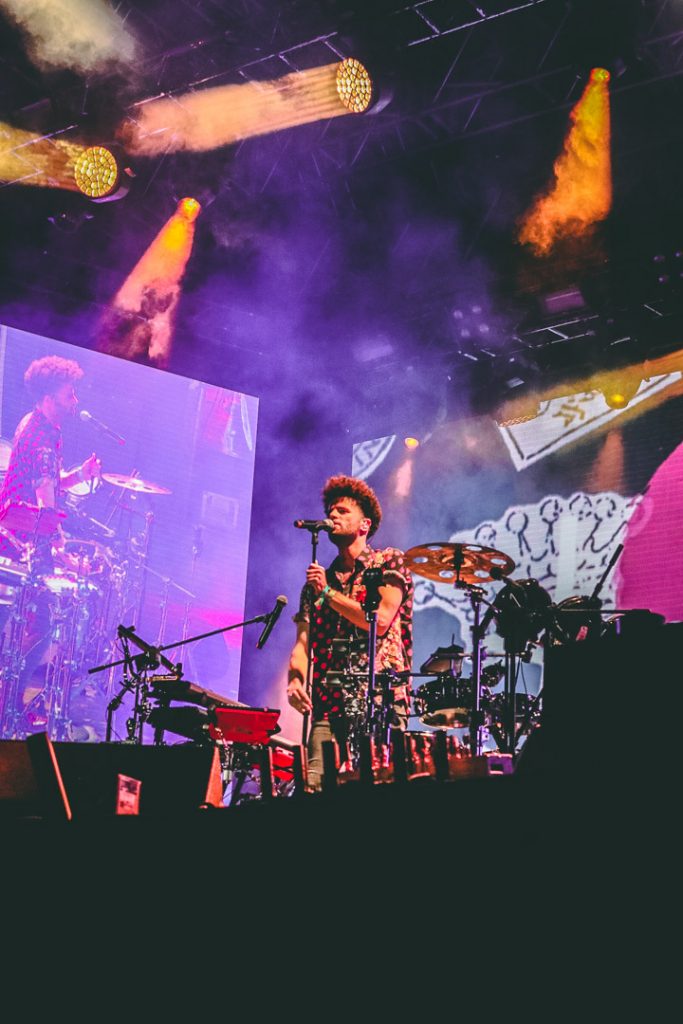 I think it’s amazing what you pull off just by yourself. When did you decide not to recruit any band members? Wouldn’t it be easier otherwise?

A lot easier and a lot more expensive! (laughs) I’ve been in bands all my life. I played in orchestras, I played in rock bands and I also produce. So when I was producing, I was doing these one loop things in my studio and it worked online, so I thought I’d take it to the stage and it just happened to be me on my own. Kind of upsetting because I love being in a band…

What’s your favorite part of being a musician?

At the beginning of the year, you released “This is not an album“, which is a collection of your releases so far. Do you think that releasing single by single is the new way to go?

Well, kind of. I still believe in albums. I’ve grown up with all my favorite bands and favorite pieces of music on albums. I eventually want to do a proper album. But I do feel like the way music is going is fast food and it’s all playlists… Spotify playlists – you pick one song and…

Yeah, for sure. Gone in 24 hours. You like it for a minute, you take it, and cool – next one. When you release one song, you can release another one in five weeks or six weeks. I write a lot of music, so it’s nicer to kind of keep it up. But I would like to put an album out for a tour, and then stop for a bit and maybe go to the Caribbean – coconuts and mangoes. (laughs) 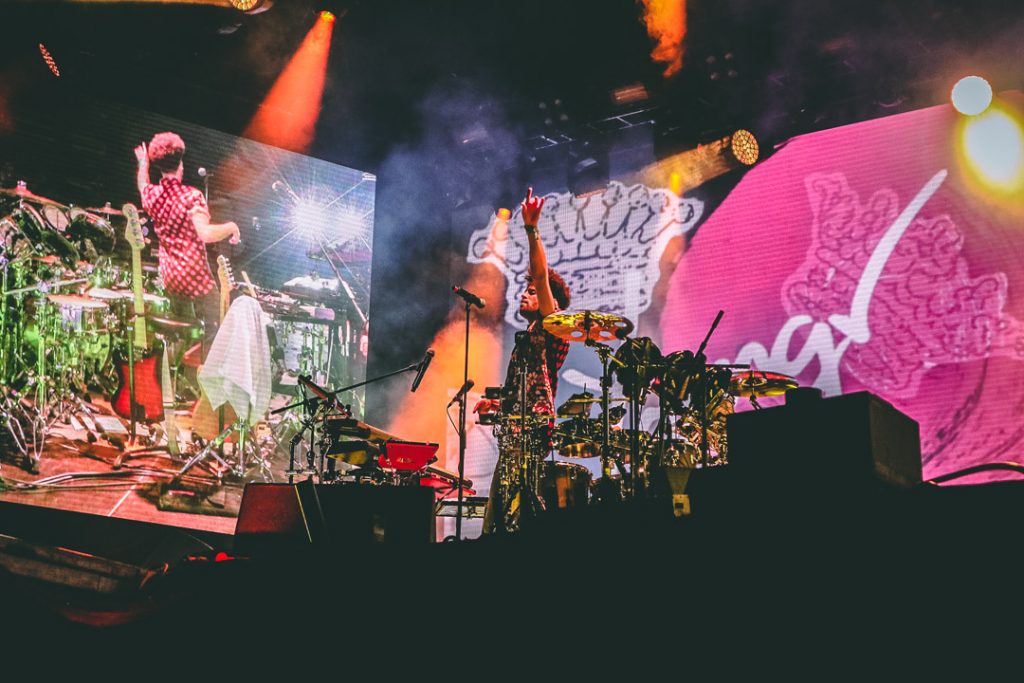 Which advice would you give to your 14-year-old self?

And which advice would you give to aspiring artists, who want to “make it“ in the music industry?

(laughs) 1993 was the last year before [Gen Z] was born, where social media is inbuilt into the brain and became the norm. So I was in the generation, where we didn’t have it for 12, 13 years. I don’t know, it’s just annoying when I’m in a show and everyone is like [holding up the smartphone as if filming], you know…

The thing is for me when you see a video on YouTube or Facebook of a concert – it never looks as good, sounds as good. People watching it think “Wow, that’s terrible!“ But when you were there, it was the best thing in the world.

Would you ever think about prohibiting smartphone use in your shows?

Nah, that would be sick. I don’t wanna ban it because people might be filming this song for their friend who is going through a tough time. That’s why I don’t wanna be like, “Get your fucking phones down“, because I don’t think that’s right. Last night I was like “Let’s just have one song, where you put the phone away, and just go for it!“ 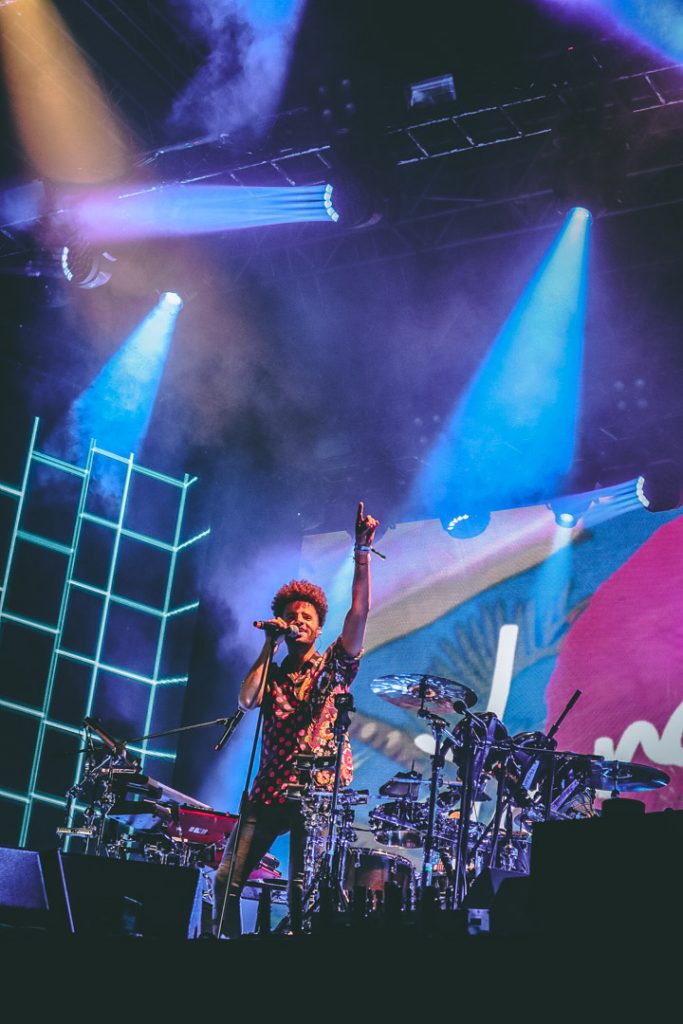 What are three things that are on your bucket list?

Jump off a plane. It’s one. And the chances of me doing that are becoming less and less because I’m becoming more and more the wuss. You know what I mean, when I was 18 I was like “Yeah, jump off a plane!“ And now I’m like, “Should I jump off a plane? I don’t know… It seems like a pretty stupid idea.“ Right? Two…Maybe jumping out of my private jet. And the third one would be playing a show in Wembley Arena. Just because, you know, the joke is, when you do a show in a pub in Manchester or London, and there’s 5 people in the audience, you’re [shouts]: “Hello Wembleeeeeyyyy!“ I’ve done that so many times and it was like ha ha ha ha… So I’d love to go “HELLO WEMBLEY!“ Fuck yeah, that would be great!

Italy. Anywhere in Italy. I just think it’s so beautiful. I love red wine and pasta. And the sun. We’re going to Sicily actually, to do a show. And we’re gonna stay 4 days on holiday. But India is creeping up. I’ve been to India twice. Mumbai and Goa. Gorgeous places to go on the beach and stuff. Really nice.

I heard you have a huge fanbase in South America.

Why, I don’t know about huge, but there’s a fun fanbase. They’re great.

I don’t know. I love cowbell, they might like cowbell. (laughs) Maybe it’s the rhythm. They love it. The energy when I get on stage… I think it’s like the life. It’s dance music. It’s a lot of fun. They like uplifting, fun thing. It’s great.

Any chance of seeing you in Vienna any time soon?

I’d love to. But there’s no show planned this year.

(When I introduced myself and said I was from Vienna, he told me that he had spent some time in Vienna with his girlfriend 2 months ago and that he absolutely loved it. So I had to ask…)

Where did you get to know your girlfriend?

When I was off my face in a warehouse at 6 a.m. in London. We were at a warehouse techno rave, and I was in the club, 6 in the morning. And I was like [pointing his finger to an imaginary figure in front of him]  And the rest is history. 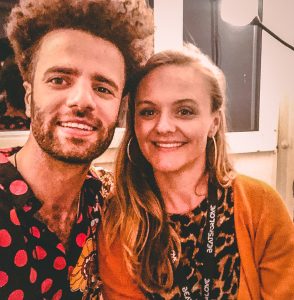 Thanks for reading “Beats for Love – Youngr Interview (UK)” we are happy you found us and would appreciate your support with a follow on instagram (www.instagram.com/vanguardvoyager) 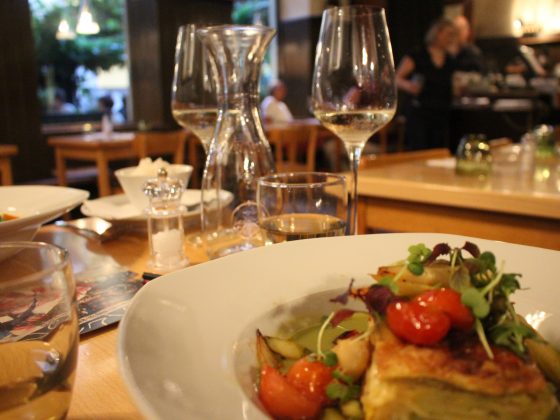 The 3 best Vegetarian Restaurants in Vienna 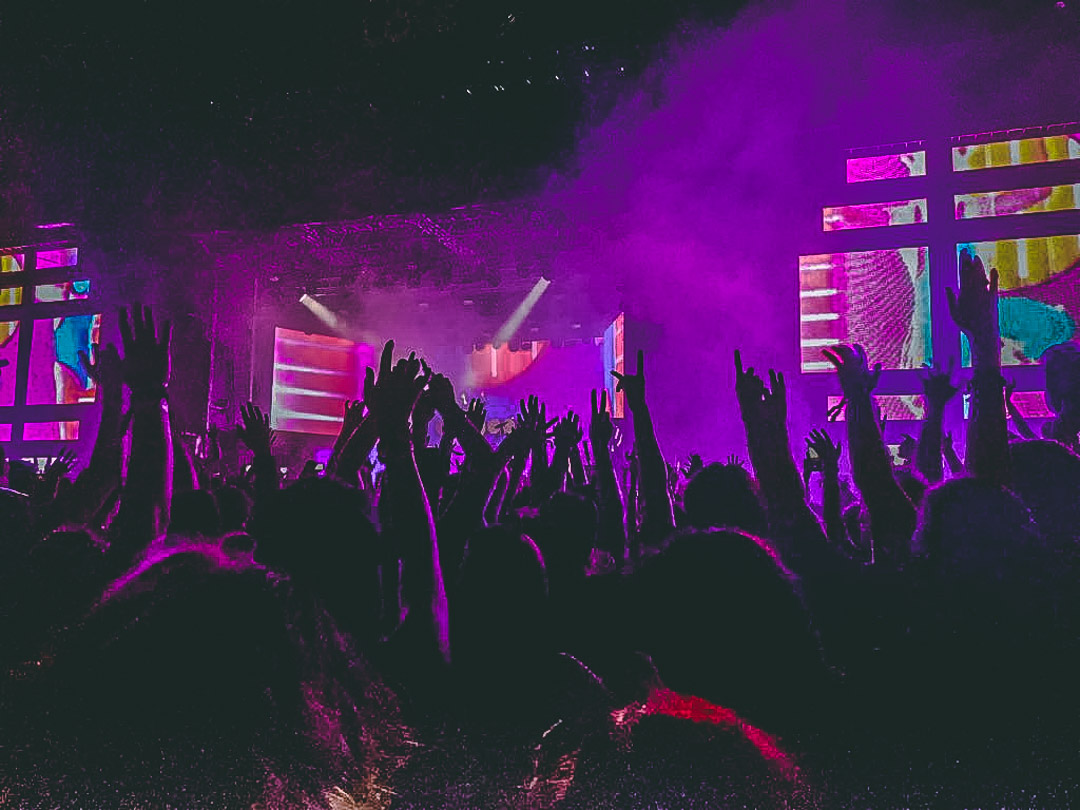 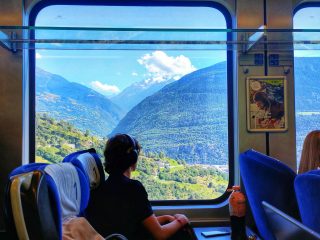