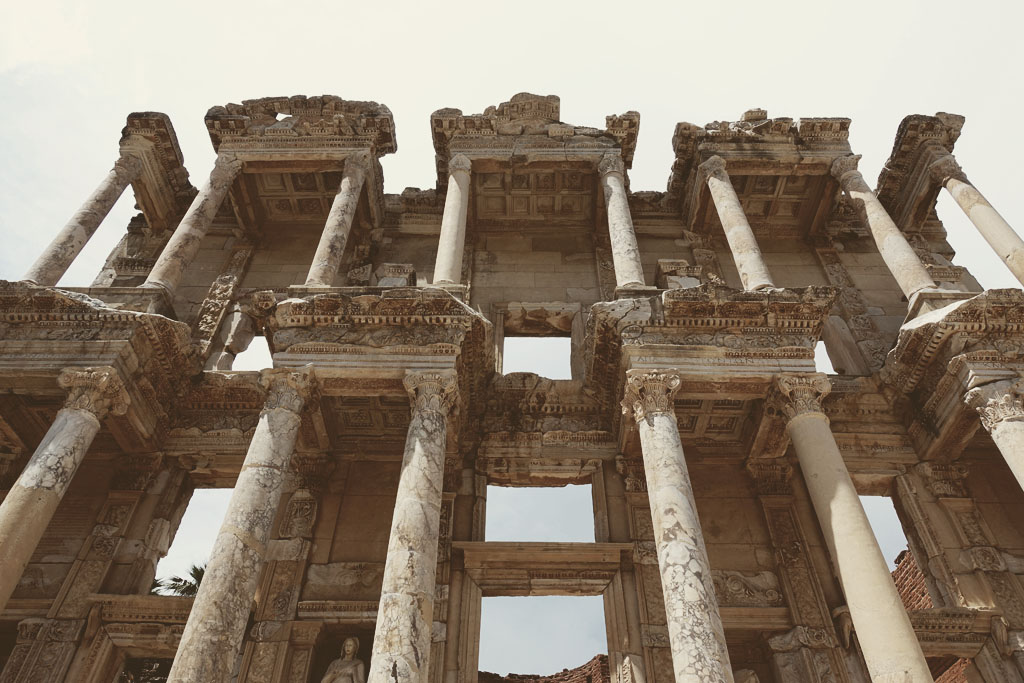 Ephesus & Sirince – Things to do around Izmir

The famous city of Ephesus is only an hour drive away and is definitely one of the highlights if you are staying in Izmir and the perfect half-day trip.

I will only give a short introduction about its history as you should get a guide or book a tour there to get all the information you might be interested in.

Ephesus was an ancient Greek city on the coast of Ionia and was built thousands of years ago and was at some point one of the most important harbor cities. 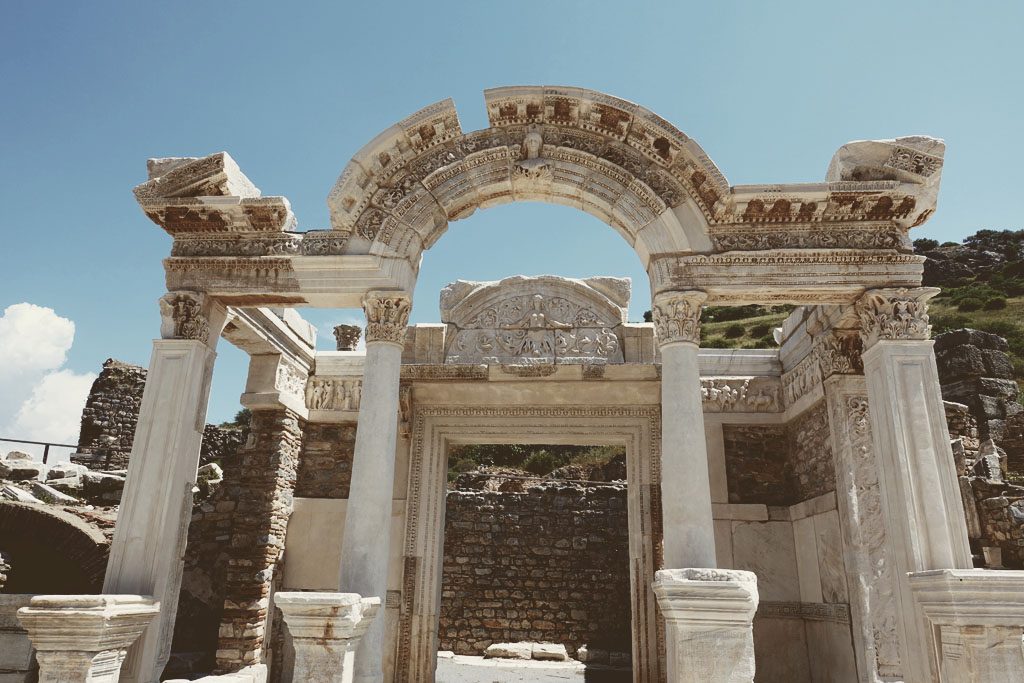 Even though the most famous architectural achievement there is the Temple of Artemis, one of the seven wonders of world nothing is left standing except of one sad stone pillar. A sad story you can read up on here.

Much more interesting is the Library of Celsus, the theatre that could hold up to 25000 cheering fans and the temple of Hadrian. Walking through the city is a wonderful experience ideally in the morning or late afternoon hours. First of all you can take the best pictures with the perfect lighting and avoid the tourist masses. If you are part of a tour then the best thing you can do is explore the side streets and walkways off the “beaten path” which basically means: Just take a right or left when everyone is walking straight ahead. 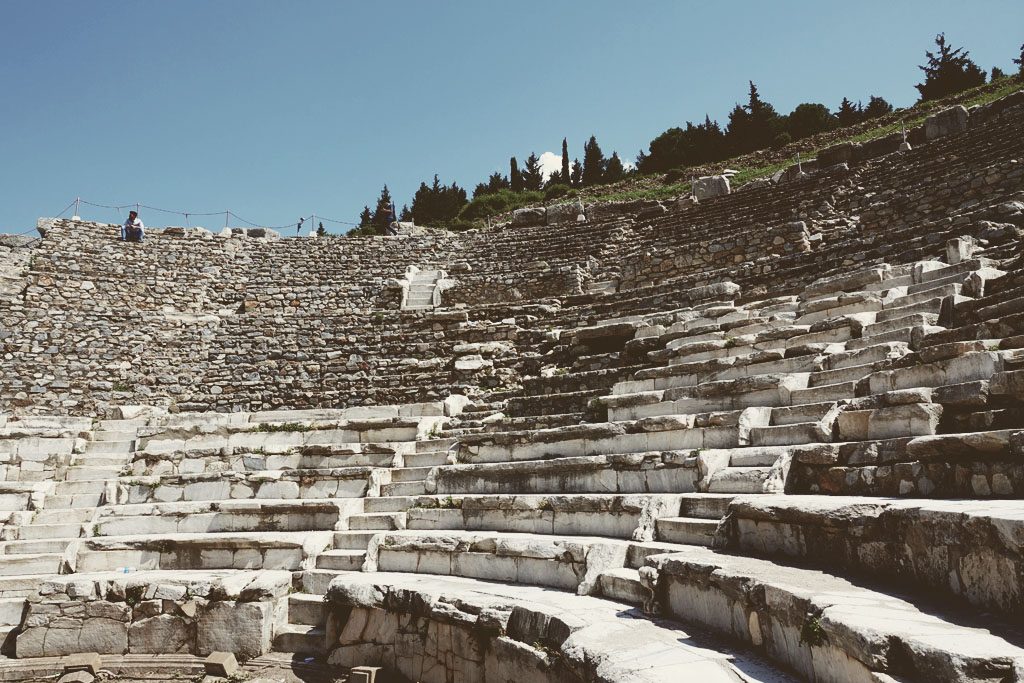 The heat in the summer is intense so bring lots of sunscreen and water. You can buy food either before or after you left the city. There are only a few trashcans so take everything with you including amazing memories.

The roof covered area which was founded thanks to the Austrian Archaeological Institute is absolutely worth the additional 20TL (4 Euros) and gives you the chance to see beautiful wall paintings, marble mosaics and the living quarters of the rich and famous back then. Also you can cool of for a second!

The story of the city ends sadly as the sea retreats and leaves Ephesus without its main income and was completely abandoned by the 15th century. Obsolete like Blockbuster Video. 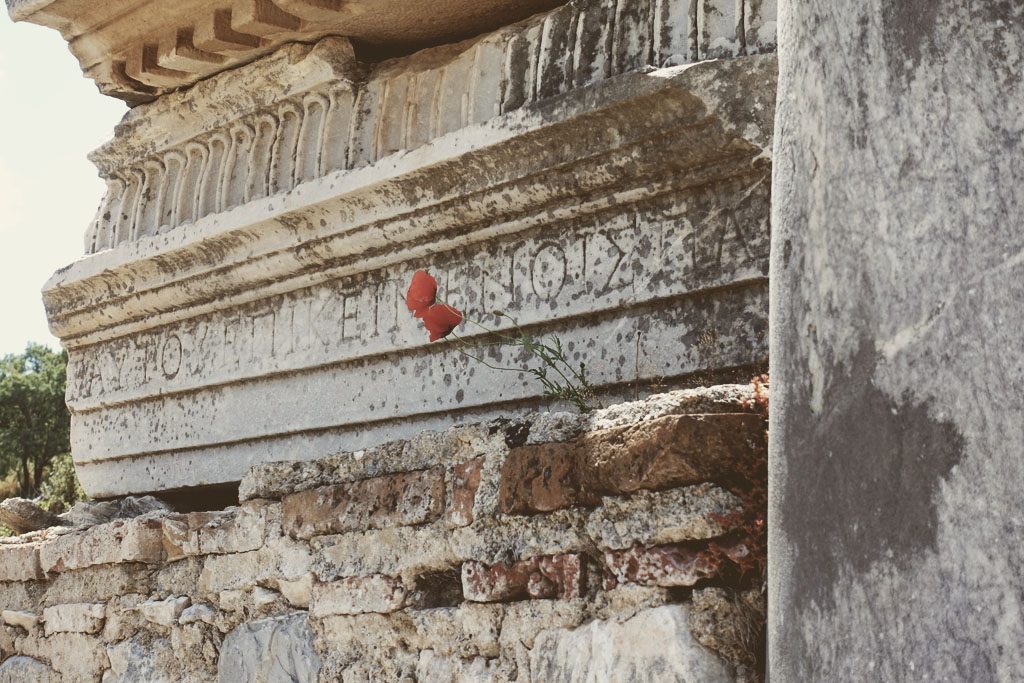 As I leave the last remains of the city the car awaits to whisk me away for a 15-minute drive to the city of Sirince. Basically this city was abandoned around the time people left Ephesus and basically was never really inhabited until a Turkish couple settled in the city and started restoring the historical sites to their original glory. The city started growing including the vineyards for which the city is mostly known for today. If you are into wine, try tasting them before buying a bottle or eight. If you want to enjoy your evening in one of the best vineyards in Turkey Isabey Baglari & Bagevi is your destination. 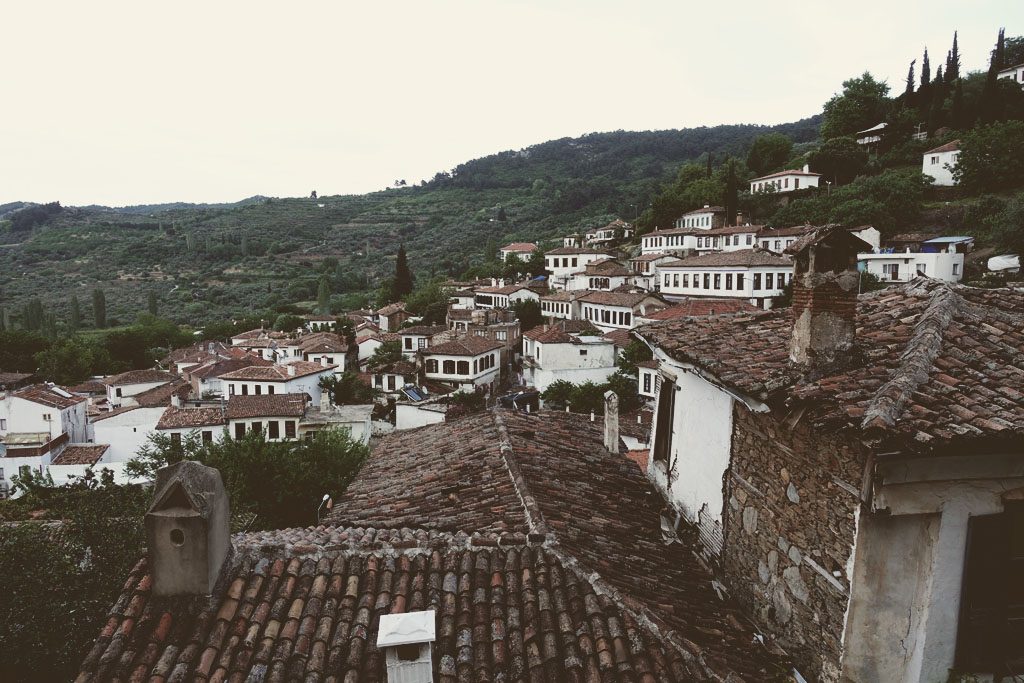 For me the most attractive part of the city is the view over the city, walking through the tiny streets, enjoying a nice breakfast at the Hotel Tashkonac and especially sipping on a coffee brewed in a bed of quartz sand.

Be aware that because tourists come here you will see a lot of the classic tourist shops but unlike other cities the vendors are very friendly and never pushy. A friend of mine told that especially in autumn it is supposed to be beautiful, the weather warm and the city at peace.

As the Sirince is so close to Ephesus it is absolutely worth a stopover and gave me the opportunity to see two very different worlds in a day.

Infos about the city

Looking for a place to stay? I stayed at the Mövenpick Hotel and wrote an incredible article (seriously) for the best foodie guide to Izmir 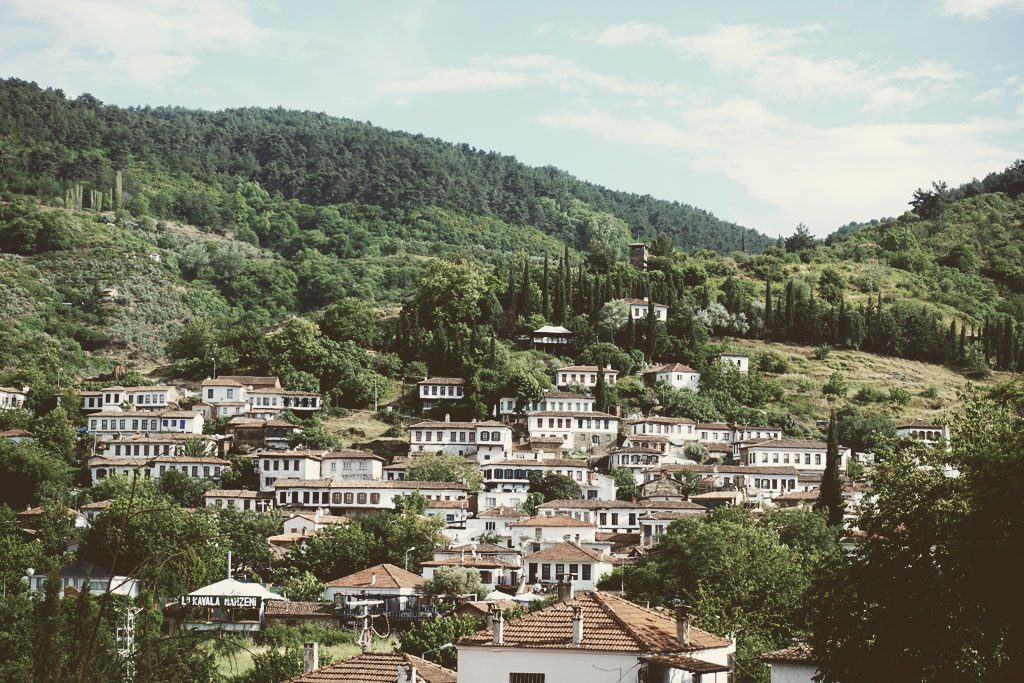 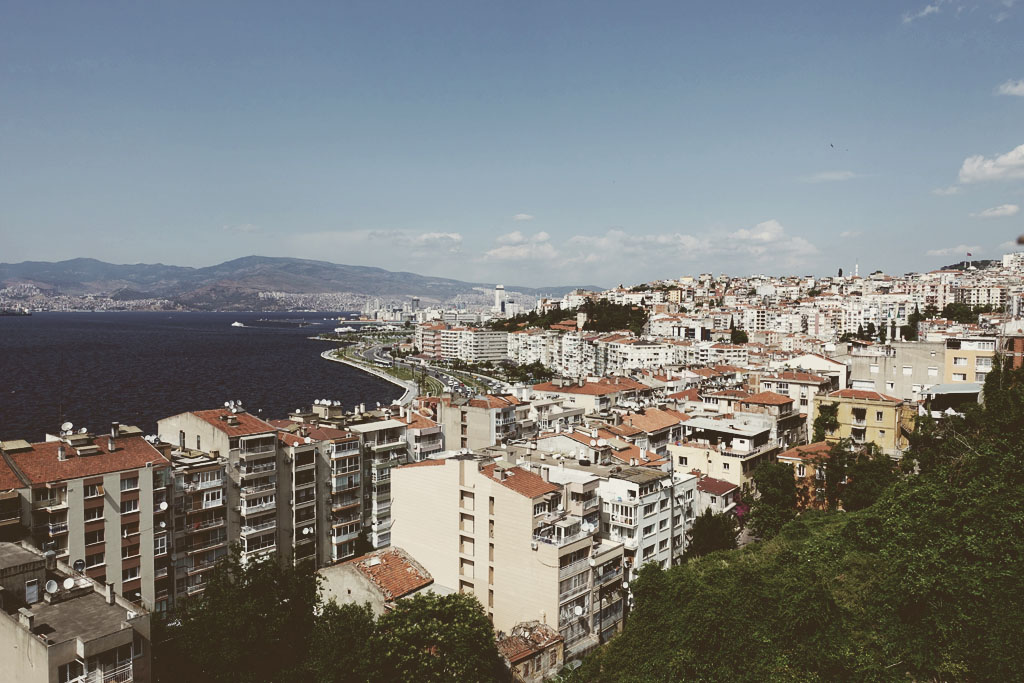 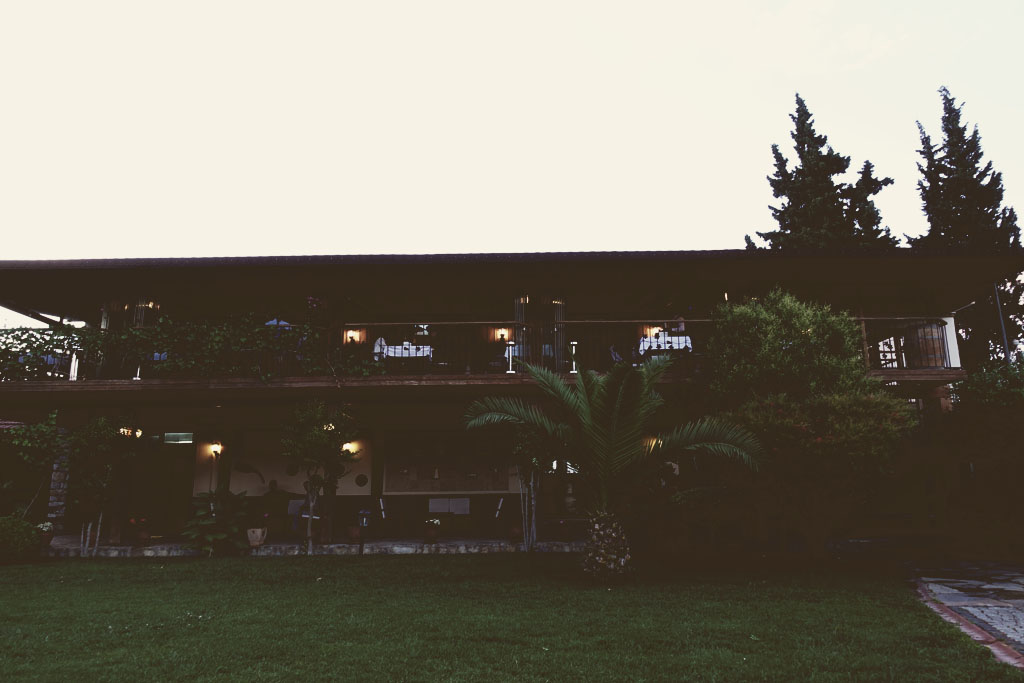