10 fun things to do in Luxembourg

Finally the train/plane/bus/car or whatever vehicle you arrived in stops at the place it usually does. This is my on the nose intro by the way. In my case it was the airplane and a short bus ride (20-30min) into the city later I am standing on the Adolphe Bridge in the heart of the capital of Luxembourg – Luxembourg City. What a view! How is it possible I had missed this for such a long time? As I am standing there I go through my checklist looking for “10 fun things to do in Luxembourg” for you guys. I hope I got the right stuff together so you can see the beauty of this grand city and lovely country for yourself. Let’s get going already!

Luxembourg which is officially called Grand Duchy of Luxembourg (very fancy name) is the seat of the European Court of Justice and one of the three official capitals of the EU! Its culture, people and languages are all mixed up with the surrounding neighbours which makes it the most multicultural country in Europe (probably) with almost 50% of the citizen coming from different countries.

It is one of the smallest sovereign state in Europe with a population around 600k and is the only remaining Grand Duchy (head of state is a monarch with the title of Grand Duke) in the world. Additionally it has the highest GDP in the world which 3 times larger than the average GDP in the EU.

It was also one of the 6 countries that founded the EU back in the olden days.

What do I mean by that? Luxembourg City is laid out in a lovely fashion with small street and alleyways all around the valley of Alzette River which just by itself feels like a city in the city. A lovely forgotten town enchanted by the evil witch … I digress… but seriously it does have a fairy tale feel to it. It actually doesn’t matter where you start because you can’t get lost as long as you stay close to the center which has everything you want to see. Here you will pass the Fortifications, the valley, the Bock, the castle that houses a bank, the Adolphe Bridge, the Duke’s palace, the Notre Dame Cathedral and so much more. You could walk down to the Grund and stroll along the tiny tiny river Peitruss. This area alone should get its own point as it is mesmerizing being down there and looking up to the rest of the city. I walked all around the city without a map or orientation and always found my way back and discovered the city for myself.

Tip: Orientation is easy by locating the big 3 sights – Duke’s palace, Adolphe bridge and the valley. You should be fine.

This tasty bubbly champagne like drink is beloved by everyone in Luxembourg and even outside of the country. A lot of the Cremants sold in bars, supermarkets and restaurants are actually produced in Luxembourg itself. The Cremant de Luxembourg is a sparkling wine from the Moselle district and is made according to traditional methods, which includes and thanks to the French company Champagne Mercier who began production of champagne outside of the Champagne region in 1885 you can enjoy a glass without the high price tag. Definitely one of my favorite fun things to do in Luxembourg for me. 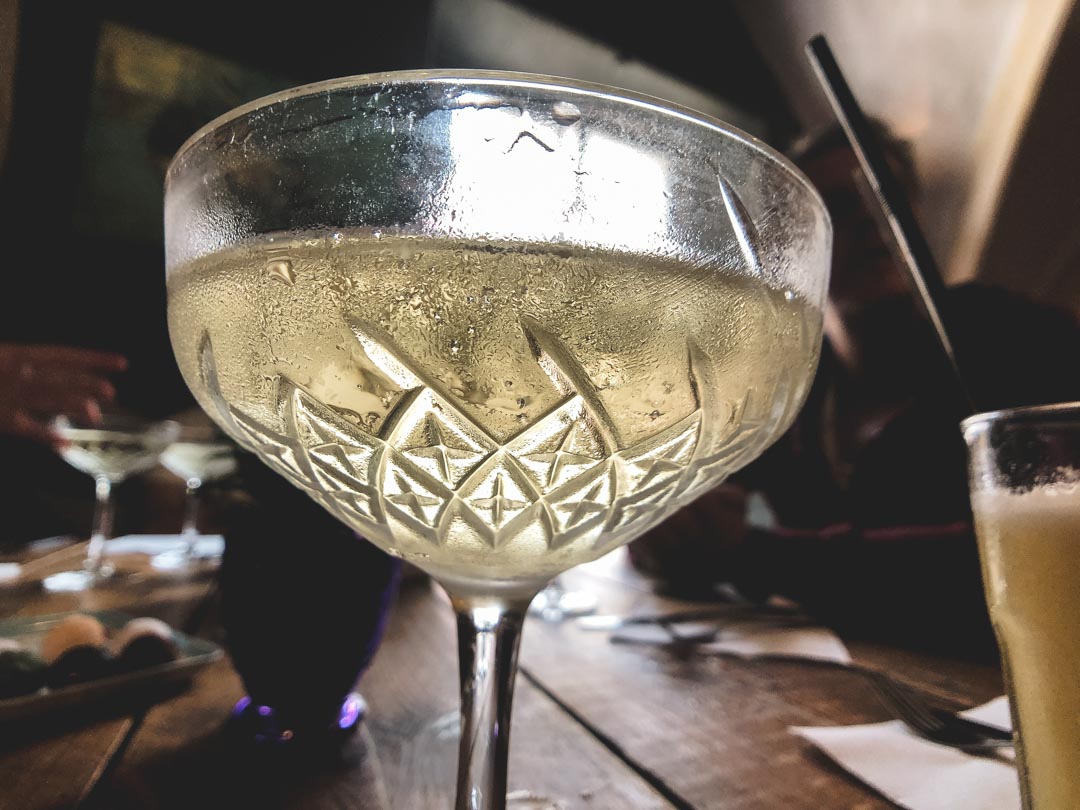 There are only a few exhibitions I have ever been to that highlight the beauty of human emotions and experiences in a better way leaving me with hopeful glee that we as a species are not doomed and heading for the next apocalypse head on. Thanks to Edward Steichen incredible efforts you are able to see people like you and me captured during everyday life in 69 countries on 503 pictures. As the pictures are grouped in themes (birth love, labor, joy, death, and others) there is no explanation to any of the photos and the viewers are left to experience it all on their own, basically a photo-essay about human development and cycles of life affirming a common human identity telling their stories without a word. As I walked through the rooms I felt happy, entertained, mesmerized and emotional just by seen life in a positive way in front of my eyes. The location is a bit outside of the city but absolutely worth the trip especially because the Clervaux Castle is a beautiful location that offers much more inside and outside for you to explore.

My trip was ridiculously awesome and got its very own article – How to find the best Instagram shots while castle hunting. Read it here.

“10 fun things to do in Luxembourg” continues….

Situated right across the Dukes Palace which doubles as his working office is the Chocolate House an institution in Luxembourg. Here you can relax on the outdoor patio or on the first floor (where you can get a beautiful shot from the palace out of the left window). Especially outside you can enjoy the guards marching up and down the building in a very fancy fashion.

Also called “the most beautiful balcony of Europe” this path runs along the Alzette valley and gives you the chance to take stunning pictures of the Old Quarter, the city district of Grund and the Rham Plateau. Built by the Spaniards and French in the 17th century this walkway is a lovely stroll along the center of the city where you can stop in some of the cafes close by for a cappuccino before continuing your way for breathtaking view of history at your feet.

“10 fun things to do in Luxembourg”

At the Bock cliff you can find the entrance to the famous Casemates which is an underground network of tunnels and passages opening up to the valley below as cannons were placed inside those opening. This 23-kilometer labyrinth had space for thousands of defenders, horses, bakeries, kitchens and all kinds of equipment. The Casemates were constructed to dominate the west bank of the Rhine and project power across the French-German border. As a visitor you can explore 3 kilometers on foot to see, feel and sense the incredible construction yourself, a monumental creation that was started in 1644 by the Spanish. The Bock (the fortress) was dismantled in 1867 but the casemates were left behind because their destruction would also destroy a large part of the city.

A lot of cities throw parties once a year to celebrate something and most of them involve a couple of concert stages and a cute firework show. The duke and the people of Luxembourg take this setting and crank it up to 1000. One of the biggest and most brilliant citywide parties I have ever been to. Read more of the details here.

The beautiful country of Luxembourg is not only full of sights to explore inside the city but also all over the countryside. Thanks to the small size most sights can be reached by car in 30 minutes! This alone should be a reason to get a car and just go on a road trip! Imagine you could reach a castle in the time you would usually get your pizza delivered to your doorstep. The prices for car rentals are absolutely affordable. I would recommend to rent a car only for the days you actually are outside of the city because you really don’t need one in the capital.

The picture below is a mood pic, not the actual car I got which was a VW Polo. 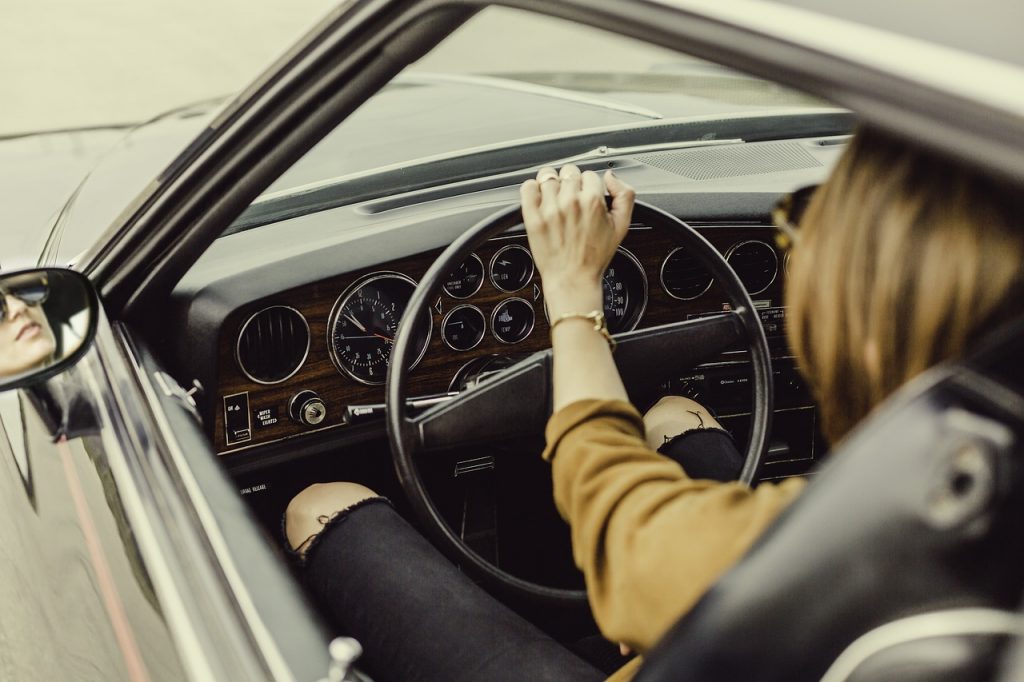 “10 fun things to do in Luxembourg”

Standing on the site of the old Fort Thüngen the Museum of Modern Art is designed by the world-famous I.M. Pei and is a wonder of architectural construction. The building is designed to fit the walls of the old fort. Thanks to the effort of the country the museum now houses works by contemporary artists like Andy Warhol, Bruce Nauman and Daniel Buren. The interior space is by the artists themselves for the public and features great exhibitions like No Man’s Land (ecological concerns) or the upcoming Jeff Wall exhibition in from October 2018 – January 2019.

Thanks for reading “10 Fun things to do in Luxembourg” we are happy you found us and would appreciate your support with a follow on instagram (www.instagram.com/vanguardvoyager) 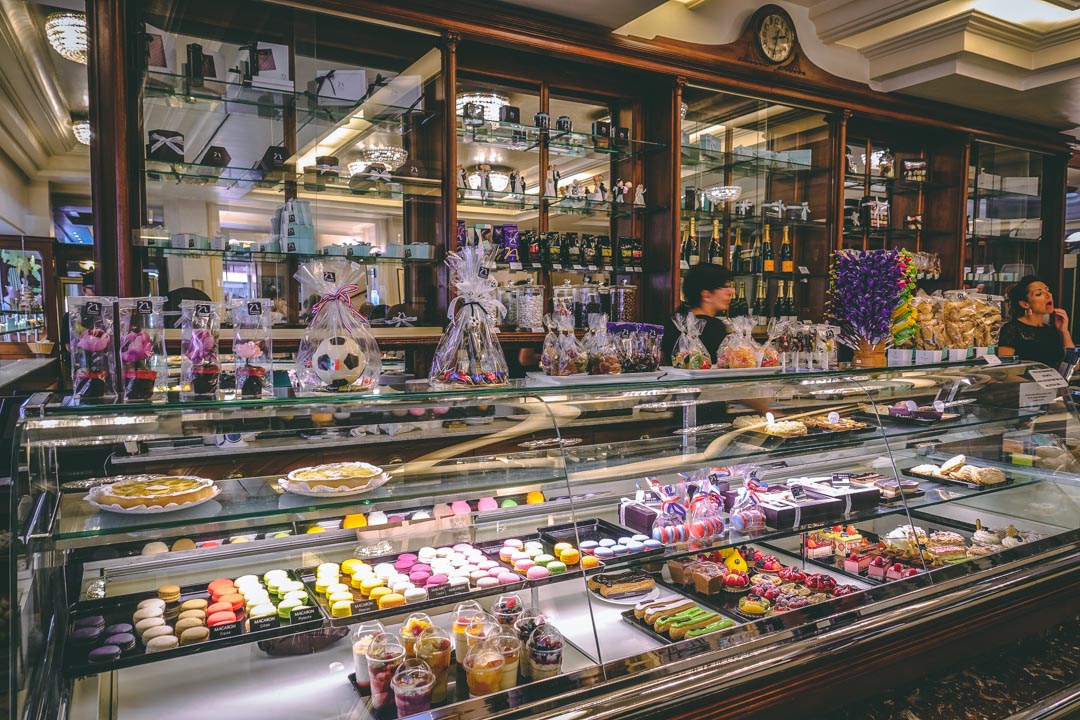 Where to eat in Luxembourg – Foodie Guide 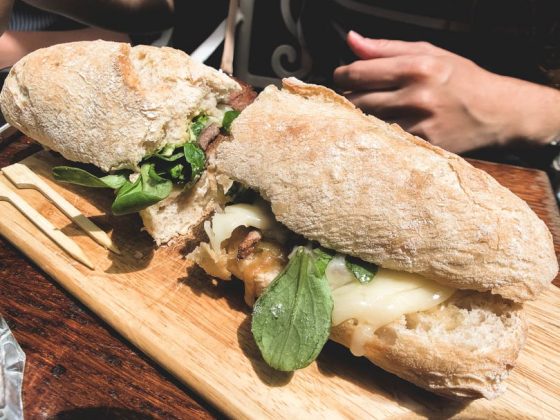 Charles Sandwiches – A Foodie in Luxembourg